Dharamsala (Himachal Pradesh), Nov 26 2006 (IANS) A bath in divine dew, sunshine, herbal soup, joss-stick smoke or incense is a Tibetan tradition for health and longevity. Sitting in a room lit with homemade joss sticks and incense is just one of the ways Tibetans bathe. According to the Tibetan medical code, there are a myriad ways to cleanse, build physique and improve fitness. The most popular cleansing rituals include river baths, dips in medicated water and exposing the body to steam, sunshine or scents. The seventh Tibetan month is considered the best season for baths. That is when the rains end, river water temperature begins to pick up and plants ripen. According to an ancient belief, this is when the deity in charge of medicine descends to earth to gather his herbs. A bright star called Garma Duiba is believed to be the incarnation of the deity, who appears for seven days in early autumn. All water receiving his light becomes dew. Taking a dip in the dew will help build one's health and wipe off sins. The practice also marks the Bathing Festival in Tibet during which people rush to rivers, especially at night, when the deity star appears in the sky. The five-taste dew is a soup
prepared with cypress and azalea leaves and three kinds of medicinal herbs. The soup is boiled and the steam produced provides the smoke for bathers.Tibetans believe this helps blood circulation and the kidney.Research and training have evolved more herbal combinations to treat diseases like skin ailments, arthritis and nerve disabilities. In recent years, Tibetan medical circles have been encouraging the general public to adopt the baths. Though the therapy is useful, very few people outside Tibet and the Tibetan diaspora are aware of it.

The Dynamics of Disease
How the Ayurveds and Homeopaths perceive disease. 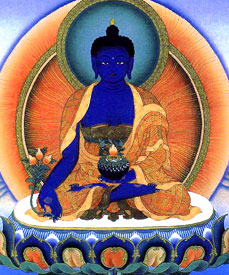 
" I believe the doctor of the future will be a teacher as well as a physician.
His real job will be to teach people how to be healthy." Dr. D.C. Jarvis 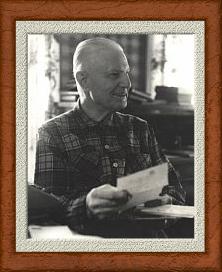 A Short Biography
An article from 1960 on Dr. Jarvis